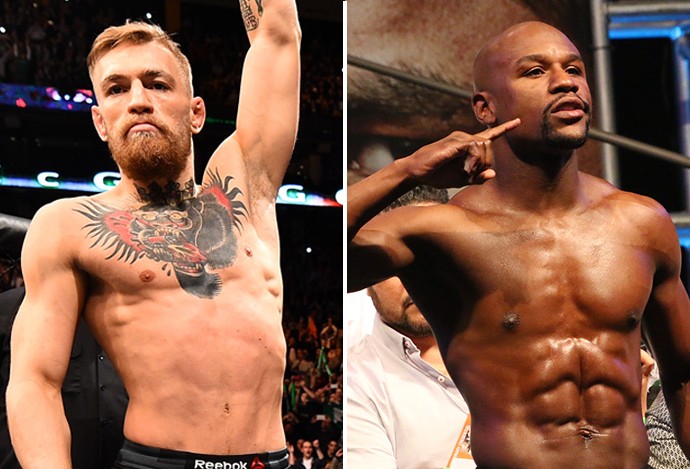 Floyd Mayweather has offered Conor McGregor $15 million USD and a cut of the pay-per-view for what would be a very highly-anticipated crossover bout. The 39-year-old unbeaten boxing champion was responding to McGregor’s demand of $100 million USD back in November of last year. Mayweather — who retired in September 2015 with a perfect 49-0 record — told ESPN that a bout with Irishman McGregor was the only thing that could tempt him to come back. There have been months of hype about a crossover fight between the two fighters, and in December of last year, the Irishman even obtained a boxing license in California. After the ESPN interview, McGregor tweeted a picture with the caption, “call me C.J Watson,” referring to the NBA player who allegedly had a relationship with Josie Harris, the mother of Mayweather’s children. Mayweather states:

“I’m a businessman and it makes business sense. Everybody keeps talking about Conor McGregor. He’s blowing smoke up everybody’s a**. Dana White, the UFC — let’s make it happen. Bring him over to the boxing world, and I’ll show him what it’s like.”