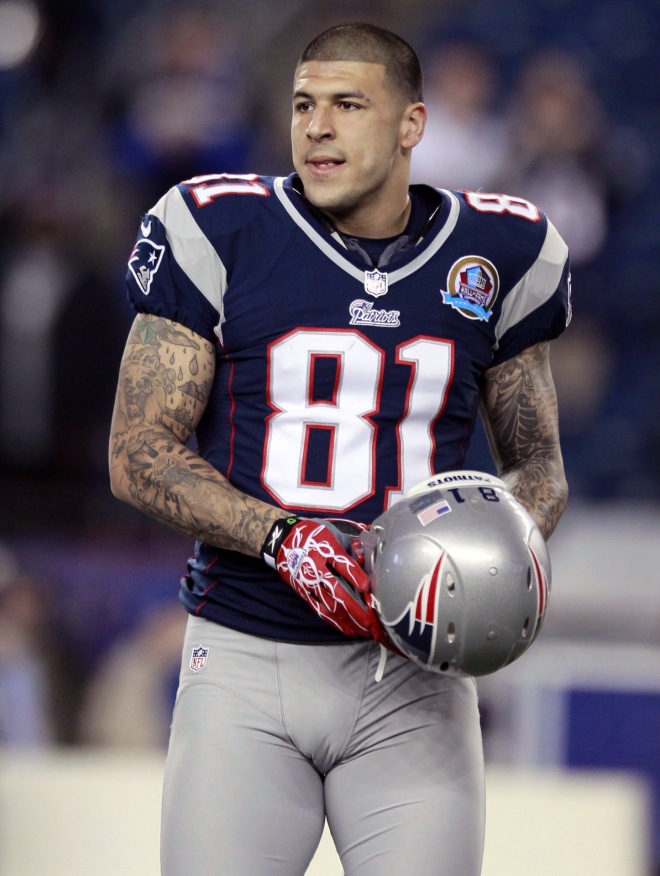 Aaron Hernandez Net Worth 2017: Will Fiancée Shayanna Jenkins And Daughter Get His Money? | #iRockParties

Former New England Patriots tight end Aaron Hernandez was a millionaire with a bright future ahead of him — until he murdered semiprofessional football player Odin Lloyd in June 2013. Before that, he had a reported net worth of $8 million, according to Celebrity Net Worth. So after his death from an apparent suicide in prison Wednesday, how much money did Hernandez have left?

The short answer is not much. In 2015, Hernandez’s attorney, John Fitzpatrick, talked about his dwindling finances during a civil trial. “There’s nothing left here as a practical matter. There’s just nothing left here,” Fitzpatrick said at the time, according to Herald News reporter Brian Fraga.

It’s unknown how much of his money went toward lawyer fees.

The home that he lived in in North Attleborough, Massachusetts, was vacated in 2015. His fiancée, Shayanna Jenkins, and daughter, Avielle, lived in the house at the time. They later moved to Rhode Island.

Even though Hernandez signed a $40 million contract with the Patriots in 2010, he received less than a quarter of the money. The former athlete was denied a majority of the money because of his inactive status, Celebrity Net Worth wrote. The seven-year contract was for an annual salary of $5 million.

If, like Hernandez’s lawyer said, there was no money left in his name, there’s a possibility Jenkins and his daughter could get paid by his life insurance company. The policy would have had to have been at least two years old since most insurance policies have a clause that state they will not pay if a person commits suicide two years into the contract.

Hernandez, 27, apparently killed himself five days after he was acquitted of murdering Daniel de Abreu and Safiro Furtado outside a Boston nightclub in July 2012.

Even though Jenkins found a gun in their home, she was not “bothered” but it. She learned to “not ask questions” about certain things while she was with Hernandez, she said at the 2017 trial.