Justin Timberlake did not disappoint on Sunday night as the Super Bowl halftime performer.

Timberlake sang a medley of his classic hits, including “Cry Me A River,” “Suit & Tie,” “SexyBack,” “Senorita,” “Mirrors,” and “My Love,” and a mix of some of his newer songs, including his 2016 chart topping single, “Can’t Stop The Feeling” and “Filthy,” the new track off his newly-released “Man of the Woods” album.

The highlight was the cover of Prince’s “I Would Die 4 U,” which Timberlake sang with a large video projection of Prince performing the song simultaneously. It was a tribute to the late artist as the Super Bowl was in Prince’s hometown of Minneapolis, Minnesota. 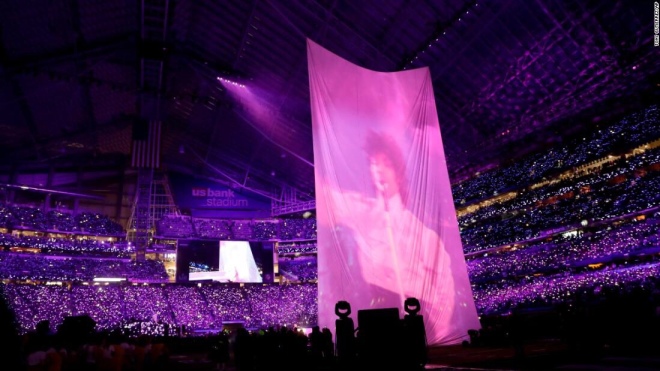 But some Prince fans took to Twitter to slam the projection, citing a 1998 interview Prince did with Guitar World in which he said he despised the use of holograms. Although technically it was not a hologram, that didn’t stop some from criticizing Timberlake.

One user tweeted: “Prince’s hologram would have vomited all over this.”

Another wrote: “Don’t care that it was video on a sheet and not a hologram. Using Prince in death to elevate JT when Prince was not feeling JT at all in life. Exploitative crap.” 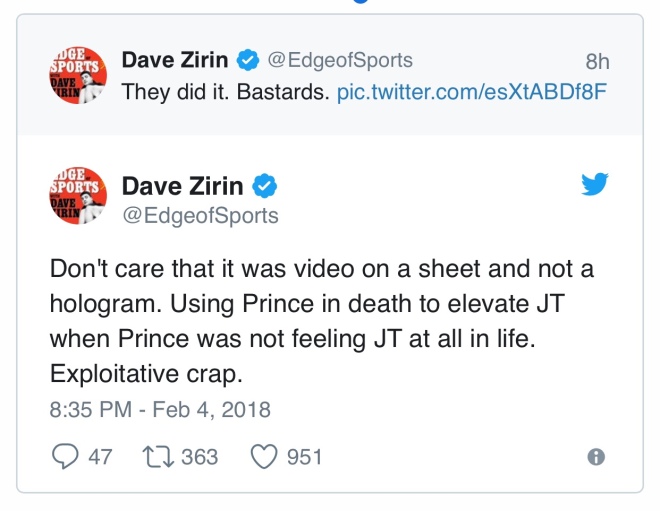 There was speculation over the weekend that Timberlake would incorporate a hologram of Prince in his halftime set. 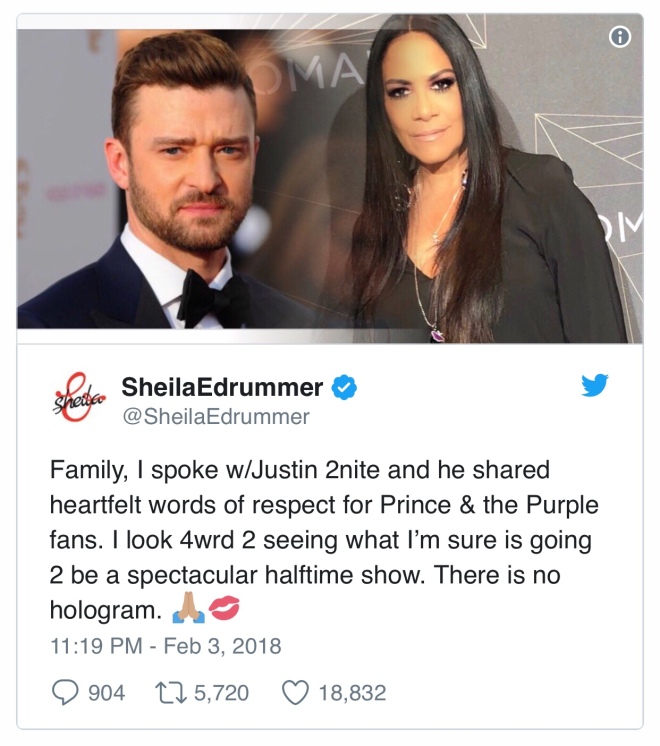 But Prince’s longtime friend and former collaborator Sheila E. took to Twitter prior to the show to assure fans that she had spoken to Timberlake and that he had no plans to use a hologram. 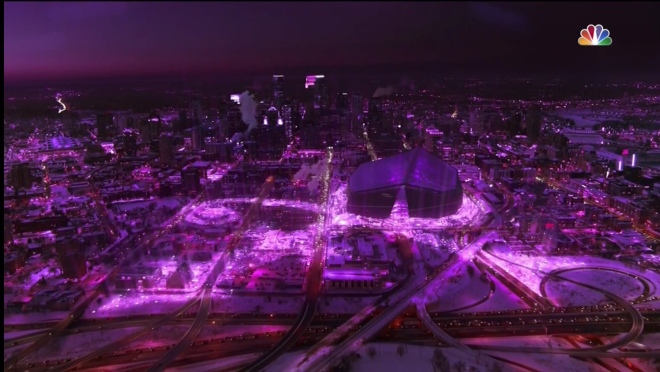