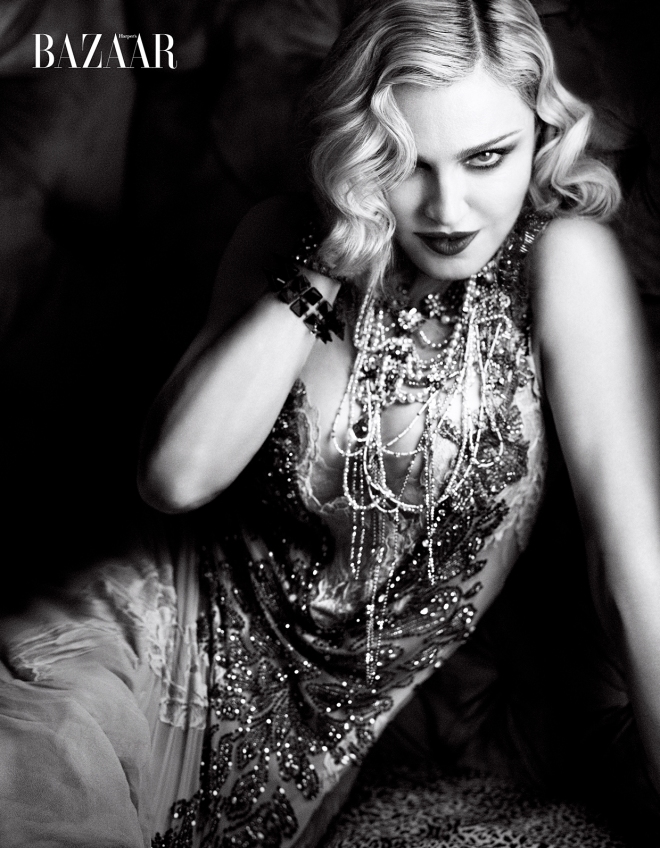 If Donald Trump got his Twitter finger in a twist over the comments made by“over-rated” screen legend Meryl Streep at Sunday night’s Golden Globes, someone better keep the president-elect away from newsstands. If not, he’s liable to stumble on the Madonna cover story in the new issue of Harper’s Bazaar, where the pop icon has plenty of thoughts on the sexism she’s faced over the course of her four-decade career, as well as the “nightmare” of waking up every day to the reality that the former Celebrity Apprentice host is just weeks away from becoming our next president. 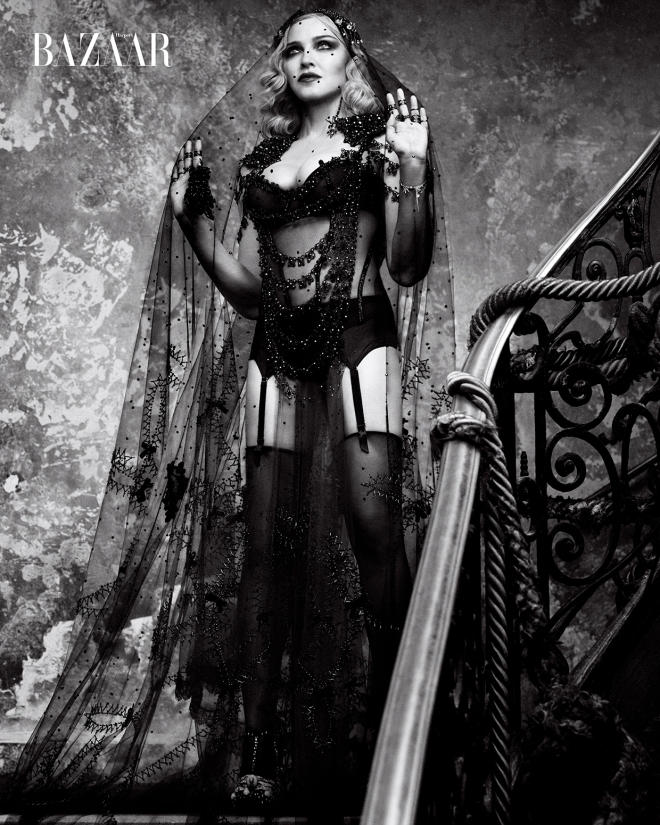 “It was just like watching a horror show,” the singer said of watching the election results in November. “I went to sleep, and since that night, I wake up every morning and it’s like when you break up with somebody who has really broken your heart. You wake up and for a second you’re just you, and then you go, ‘Oh, the person I love more than anything has just broken my heart, and I’m devastated and I’m broken and I have nothing. I’m lost.’ That’s how I feel every morning. I wake up and I go, ‘Wait a second. Donald Trump is the president. It’s not a bad dream. It really happened.’ It’s like being dumped by a lover and also being stuck in a nightmare.”

The question, of course, posed by interviewer Roxane Gay, is what now? For Madonna, the answer is to keep doing what she’s been doing: be more vocal, and less mysterious. “What I find really astonishing is how quiet everybody is in my industry,” she said of her entertainment peers, not naming names. “I mean, nobody in the entertainment business except for maybe a handful of people ever speak out about what’s going on. Nobody takes a political stance or expresses an opinion. 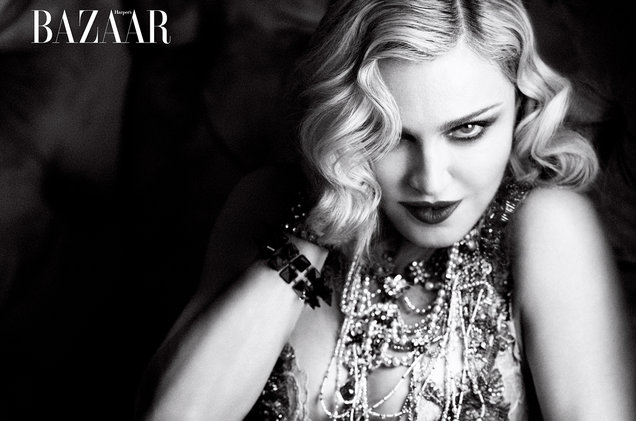 “They want to maintain a neutral position so they can maintain their popularity. I mean, if you have an opinion and people disagree with you, you might not get a job. You might be blacklisted. You might have fewer followers on Instagram. There are any number of things that would be detrimental to your career. Everyone’s really afraid. Because it doesn’t affect their daily life yet, no one’s doing anything about it.”

The interview also touched on Madonna’s upcoming role as co-producer and director of the adaptation of Andrew Sean Greer’s novel The Impossible Lives of Greta Wells, which imagines Greta’s relationship with her gay twin brother, Felix, across three different lives she could have lived. “It touches on a lot of really important topics I’ve always been interested in or championed — fighting for women’s rights, gay rights, civil rights, always fighting for the underdog,” she said. “I’ve always felt oppressed. I know a lot of people would go, ‘Oh, that’s ridiculous for you to say that. You’re a successful white, wealthy pop star,’ but I’ve had the sh– kicked out of me my entire career, and a large part of that is because I’m female and also because I refuse to live a conventional life.”

Right now, she said, more than ever, “it’s an extremely timely story to tell.” Because, believe it or take your head out of the sand, even after decades of success on the concert stage, screen and charts, for some reason people are still asking Madonna why she doesn’t just hang it up.