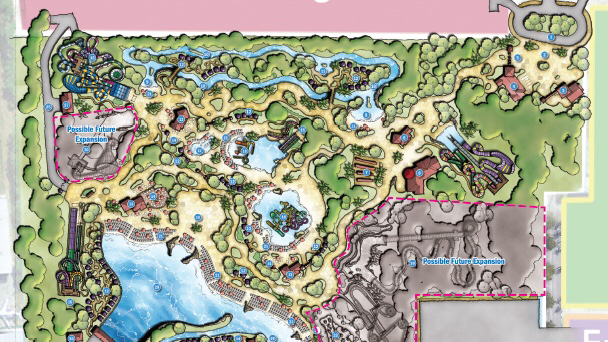 On Aug. 22, the City Commission approved Premier Parks LLC as the successful bidder in a request for proposals (RFP) to lease and develop 64 acres at the northwest corner of Commercial Boulevard and Northwest 12th Avenue, including the stadium. City staff will now draft and negotiate a lease agreement with the company, which would require City Commission approval.

According to the bid package by Premier Parks, the project would have an annual economic impact of $50 million, create 75 to 100 full-time jobs, and support 800 to 1,000 seasonal employees.

Broward County has many community water parks at municipal parks, but no large-scale water parks that can pull tourists from long distances. The nearest one is Rapids Water Park in West Palm Beach, which is owned by Premier Parks.

Lockhart Stadium has previously hosted professional soccer matches and college football games, but has not be used frequently in recent years. Under Premier Parks’ proposal, it would renovate the stadium and attempt to attract more events, such as professional soccer, concerts, conventions and special events.

The city has been floated ideas for years about how to use the vacant land around the stadium for entertainment purposes. It appears this bidder has the experience to execute a major project.

Its bid application included a letter from EPR Properties (NYSE: EPR) stating that it would fund $50 million of the $60 million project in Fort Lauderdale.

Premier Parks’ partners in Wet ‘n’ Wild Fort Lauderdale would include Aquatic Development Group as the designer, ProSlide as the provider of the water rides, Cartaya & Associates Architects, and planning firm Chen Moore and Associates. ProSlide procured all of the slides for the new Volcano Bay Water Park in Orlando and some of the slides for Disney’s Blizzard Beach and Typhoon Lagoon.

Among the features of Wet ‘n’ Wild Fort Lauderdale highlighted in the presentation:
– A tidal river/wave pool combination.

– An adventure river with a fast-paced ride through waterfalls and geysers.

– Wet ‘n’ Wild junior for guests seven and under to enjoy mini wave pools and slides.

– A Super Loop with two 70-foot-tall slides where the floor drops out from under riders.

– Neptune’s Revenge with four themed slides, such as flying saucers and tornadoes.

Premier Parks would also build four athletic fields near the stadium to cost competitions and matches for soccer, lacrosse and cheer leading.

On the financial side, Premier Parks proposed a 50-year lease with a base rent that would be the greater of $825,000 a year or 4 percent of gross revenue. It estimated the annual operating expenses would exceed $30 million.