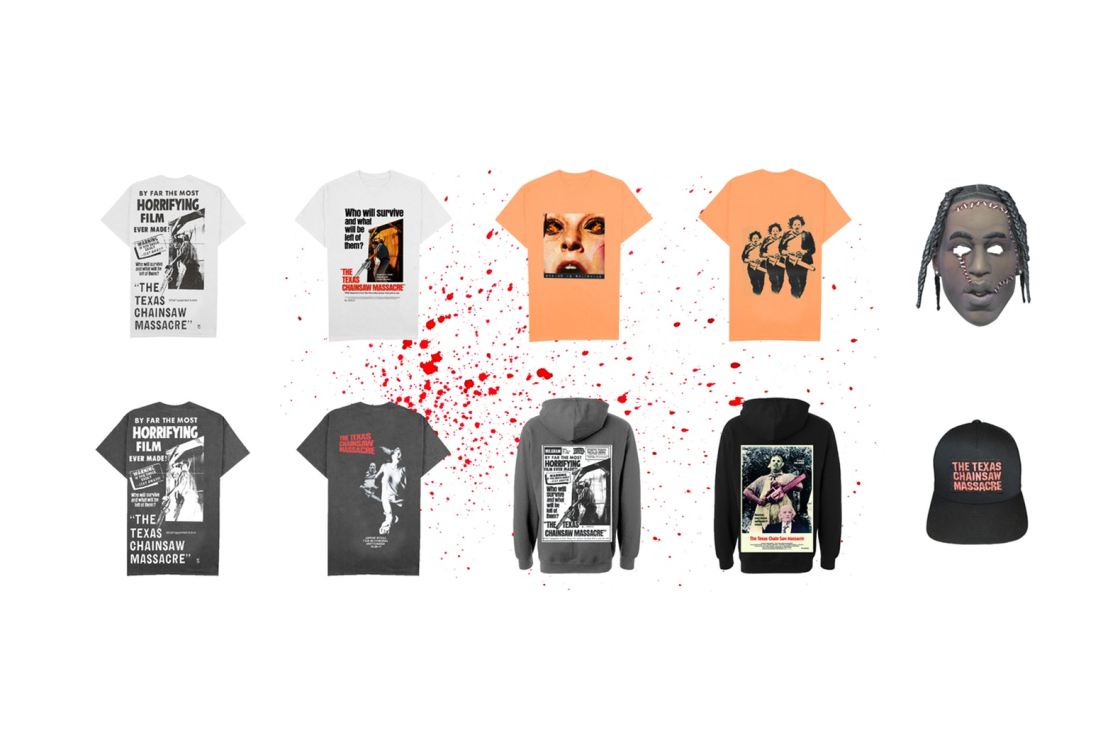 In the spirit of Halloween, Travis Scott has released a range of limited edition merchandise in collaboration with legendary horror flick The Texas Chainsaw Massacre. Ranging from tees to caps and even a mask, the range will be gone by the end of Halloween.

Originally unveiled at Scott’s October 28 show in New York, the range is only available online for 24 hours. An array of graphic T-shirts and hoodies make up the bulk of the release, with imagery ripped directly from the movie’s original posters. With plenty of the taglines from the film — “BY FAR THE MOST HORRIFYING FILM EVER MADE!” — Scott and his collaborator Corey Damon Black collaged film stills and artwork, while others feature inverted “TRAVIS SCOTT” branding and the date of the concert. Two hats, emblazoned with “SWEET DREAMS” and The Texas Chainsaw Massacre‘s logo, both sport the inverted logo as well. The most unexpected item by far is the custom-molded silicone mask of Scott’s face, complete with Leatherface-style stitches.