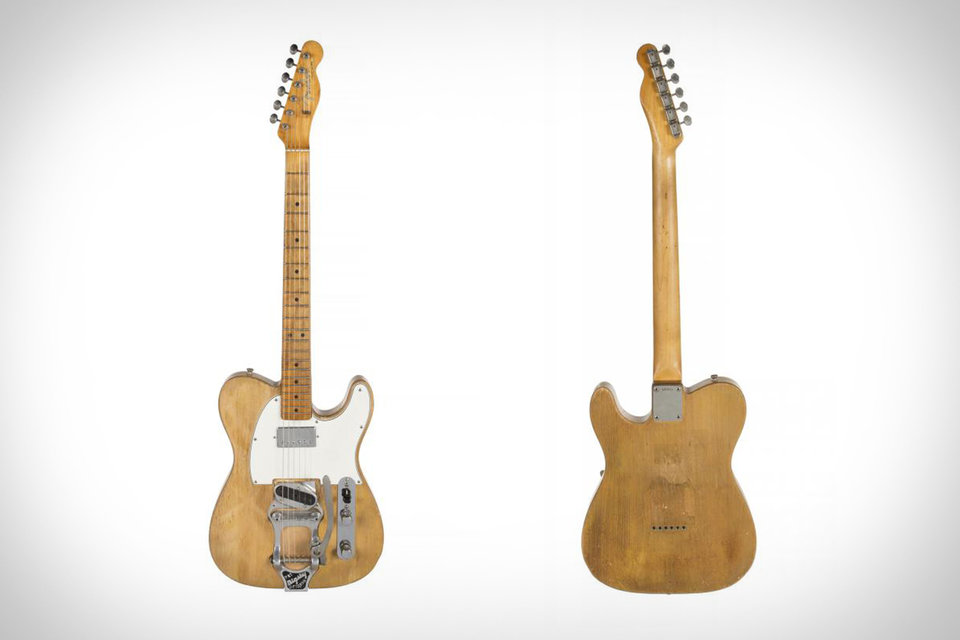 Used to record iconic albums like Blonde on Blonde, The Basement Tapes, and Music from Big Pink, this 1965 Fender Telecaster’s history runs deep. Bob Dylan used it to “go electric” while on tour in 1966 and legends like Eric Clapton, George Harrison, and Levon Helm all took turns before the Fender passed into the hands of The Band’s Robbie Robertson. The instrument was a vital part of Robertson’s guitar stable, and he stripped its original black finish to expose its bare wood origins. It arrives at auction with many original components intact or upgraded over time as a part of the Music Icons event at the Hard Rock Cafe in New York.